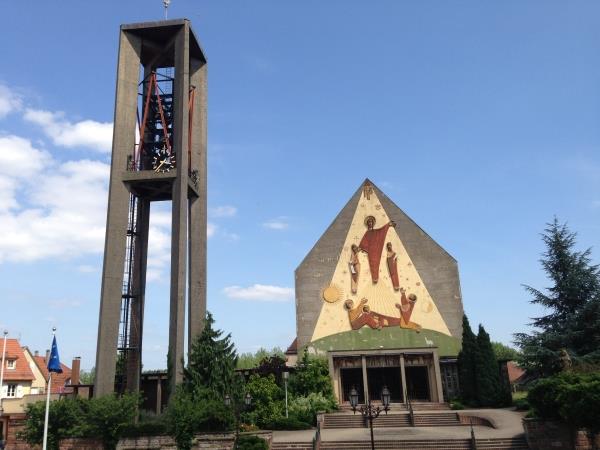 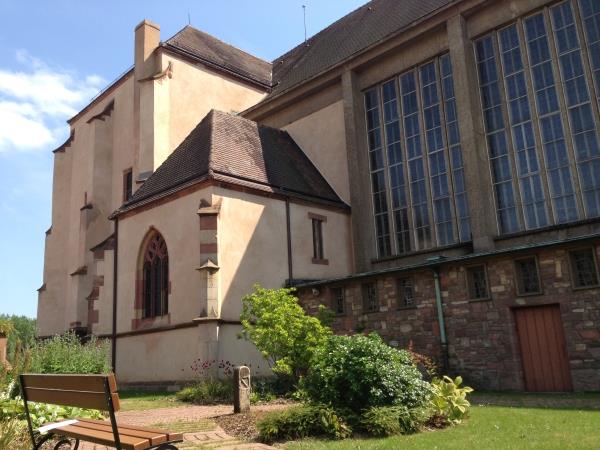 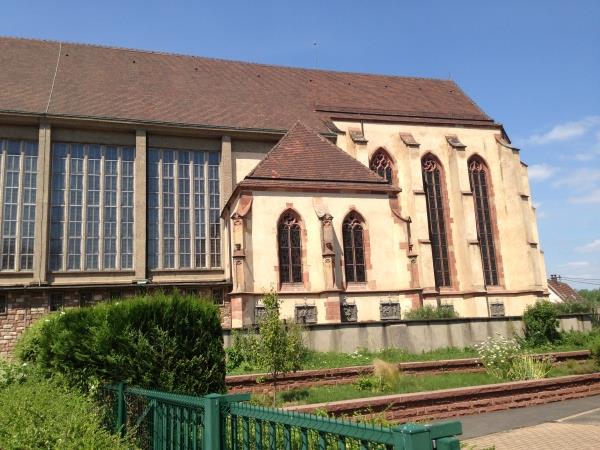 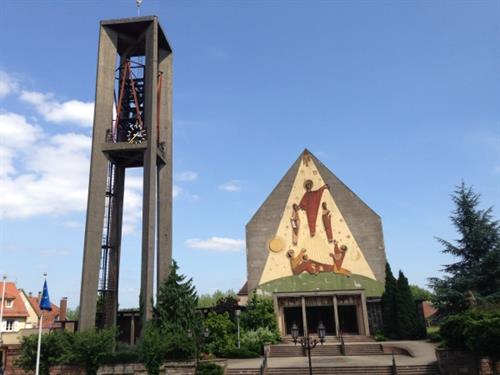 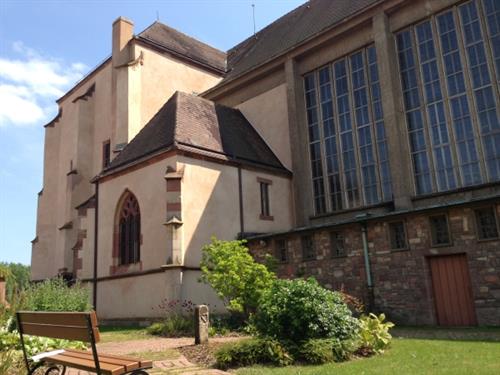 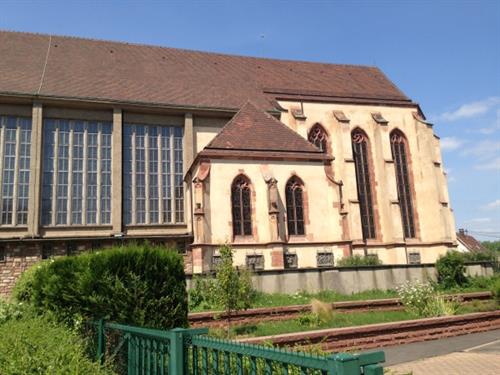 The parish church dedicated to Saint Stephen sits atop a promontory overlooking the lower Rhine valley. It has been here almost as long as civilisation has existed in the region and has always occupied this strategic position, whether during the Celtic or Roman epoch. A Roman god (Vulcan) found on this spot can still be seen in a niche on the outer wall of the northern chapel.

Seltz, like the rest of Alsace, was then part of the Holy Roman Germanic Empire and enjoyed the special status of the abbey founded by the Empress Adelaide in the 10th century. This church replaced the original one, built on the plain on the banks of the Sauer, which was swept away by flooding. It was during that period, in 1357 to be precise, that the emperor elevated Seltz to the level of Imperial City.

On 18 April 1674, the King's dragoons burned Seltz to the ground, including the church. However, the outer walls, which remained standing, helped with its restoration in 1683.
The Jesuits ended up the winning side: in November 1684, Seltz church was handed back to the Catholic faith.
A new pulpit and a high altar in the Baroque style were installed towards 1709. And a new bell tower was erected against the northern side aisle outside the nave. It was topped with an onion-shaped roof typical of the times.
In 1898, it was pulled down again and replaced by bell tower in the Neo-Gothic style placed in the central line of the nave, which was extended by one bay. From its 62 metres, the bell tower dominated the town and the surrounding landscape.

The height of the bell tower was its downfall, however. On 28 May 1940, a shell fired by the Germany army caused it to collapse on to the nave and resulted in a violent conflagration. The roofs of the nave and the side aisles, the organs and the pulpit were completely destroyed by fire. Fortunately, the fire stopped before the side altars, sparing them and the choir. But only a building in ruins remained…

The people of Seltz quickly set about building a temporary place of worship close to the present day bridge over the Seltzbach. That building was in turn damaged by shell fire, but would be quickly restored. A temporary building that would nonetheless last for nearly 20 years.
Rebuilding work began in 1953.

On 21 June 1964, the church was finally consecrated. In September 1968, Schwenkedel installed a new organ. It replaced the one built by Stiehr-Mockers (famous organ makers from Seltz), which had been destroyed in 1940.

On 9 March 2006, the DRAC (Regional Directorate for Arts and Culture) added the entire building to the list of historic monuments.
INFO