The Rhine forests of the canton form a curtain of greenery round Seltz. Not far away, Celtic holy places, the forests of Seltz and Niederroedern, as well as the Bois de l’Hôpital (Hospital Wood) at Kesseldorf are ideal places for long walks. In the heart of the valley, the Seltzbach murmurs through woodland to rejoin the river Sauer which threads its way (along the former Rhine riverbed) from Seltz to Munchhausen. 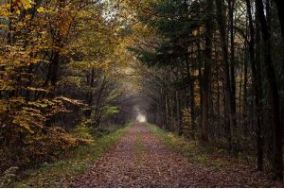 Along with the forests of Mothern and Beinheim, these forests form a veritable eco-corridor, a sanctuary conducive to wildlife and, more particularly, to wetland-dependent species (ducks, waders, amphibians, etc.). These forest spaces are now managed to safeguard this natural heritage and enable the attentive rambler to discover there richness... The high point of these remarkable areas, the Sauer Delta Nature Reserve, where the visitor can explore a patchwork of reed beds, alluvial forests, water meadows... In this protected environment, he can delve back into the Rhineland landscapes of earlier times and picture the work of the fishermen of yore aboard their flat-bottomed boats.

Another natural curiosity awaits the rambler: the Lower Rhine willow, the emblematic tree of the Rhine forests. As the result of the regular pruning which once provided the raw material for making clogs, baskets and wicker fish traps, trees in phantasmagorical shapes inhabit these forests, sculpted over the generations. Some wonderful specimens can be seen in the municipal forest of Mothern.

A rich fauna and flora

Regarding the fauna, one can find rare amphibians such as the brown toad or the green tree fog. Bird life is also abundant with perching birds such as the blue throat, warblers (reed warblers for example). 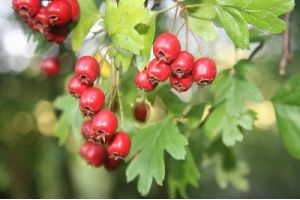 In the delta in winter there are water birds of passage such as winter teal, pintail ducks or the rarer smew or certain waders such as the Great White Egret. Regarding the flora, one can recognise such rare and protected plants as the violet.  Euphorbia, several orchids, Epipactis helleborus among others, and also the creepers which have carned the Rhine forest its nickname of “jungle”. But other sites such as the Woert of Seltz merit a detour. This former loop of the Rhine is home to a remarkable combination of vegetation. One can find dry-habitat flora such as brome and hawthorn not to mention orchids. These habitats are very interesting from an ecological point of view.

Backwater of the Rhine

In former days the Rhine used to flow in large loops which would move from one year to another. After the river was regulated different biotopes developed in numerous dead branches. The Aspenkopf at Beinheim is one of them. With time it stilted up and began to lose its richness of flora, fauna and fish. A major restoration programme has created a flow of water from the Rhine, unsilting the main bed and unplugging water table springs. In creating a current and subjecting the sector to repeated influences of variations in the river, man has revived the biotope much to the joy of not only naturalists, but also of its inhabitants – the animals, fish and plants.